In case you are wondering, the reason for the lack of Twelve Minutes related posts, is that during the last few months my free time has been taken with the business side of the project (something I’ll be posting about soon) and cataloging the four year journey of creating ‘The Witness’.
I’m also very happy to see Twelve Minutes in Rock Paper Shotgun’s “Best Possible Games of 2016” list as well as receiving a honorable mention for the IGF 2016 main award, the “Seumas McNally Grand Prize“!
Even tough it’s still a prototype, getting this kind of recognition gives me confidence that I’m heading in the right direction.

I’ve also been asked a couple of times why I’m not showing the game this year at PAX East or other events, and the reason is twofold. Firstly, I’m currently at the stage where I have a lot more feedback to implement than the time to do so, and until I do that, it’s not worth showing the project. Secondly, these events take a LOT of my time, from preparing a stable build, organizing all the logistics and going to the event, taking precious time from the actual development.
Also, hopefully next time I go on ‘tour’ , the new art direction and animations will be implemented, making the experience a lot more immersive and closer to the final product.

But for today, I’ll be talking about an unexpected influence on my design thought process, my two year old daughter. 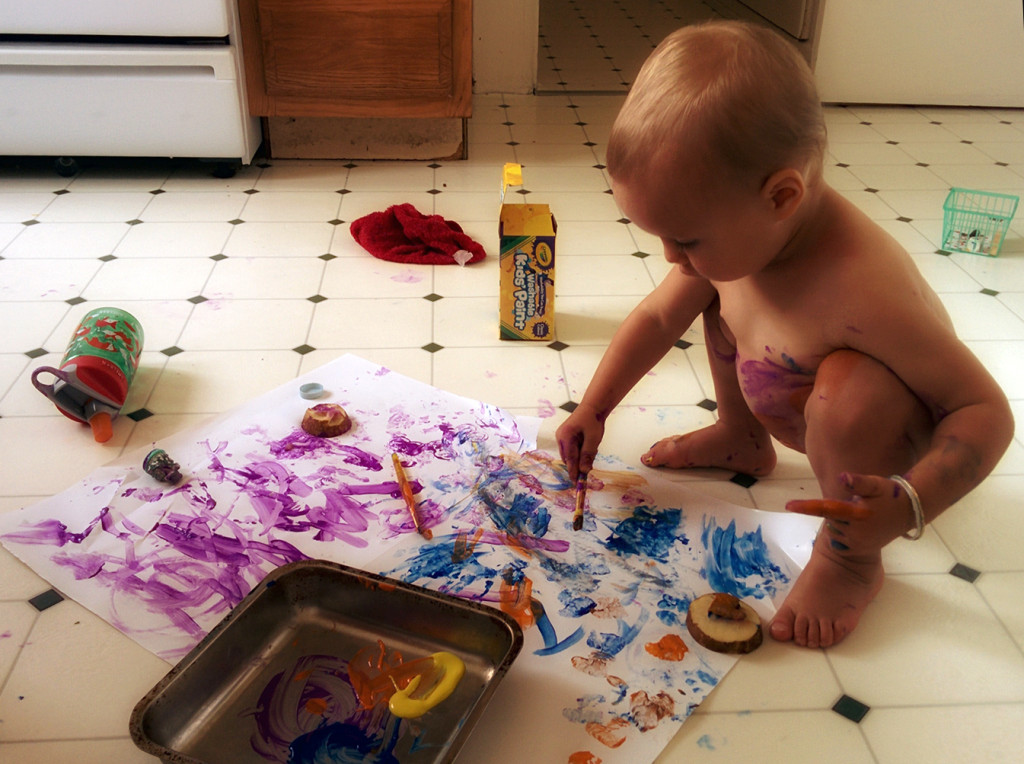 I don’t think I’ve mentioned it in the blog, but she was born half way through the prototype phase of the game and without realizing it, she has been teaching me about game design. Seeing first hand how a baby learns about the world, how it gets frustrated, happy, motivated, etc. is very similar to how a player learns and behaves when starting a new game for the first time.
I’ve been reading a few books on parenting, and I’m often surprised at how some of the education principles they propose are directly applicable to game design, and have helped me solve issues with the game.
Some examples of that below, far from an exhaustive list or golden rules, just thoughts that I’ve had throughout the design process.

If I ask my toddler to do something that she doesn’t feel like at that moment (e.g. “Let’s put your trousers on”) she will scream and fight against it just to assert her individuality. But if I give her the illusion of choice, like saying; “Do you want to put the white or the blue trousers?” she will not only do it voluntarily, but feel empowered.
In design I often need to limit the player’s choice towards a specific direction without it feeling forced or artificial, and by giving the player naturally limiting options, they still feel in control and enjoy the guidance.

Sometimes my daughter would be focused playing with a toy and because we have to go somewhere I would just pick her up abruptly, interrupting what she was doing, leaving her frustrated.
Once I was aware of this, and it would happen in several different situations, I just had to let her know what I was about to do before doing so, giving her a moment to understand the change that is about to happen. I know it sounds super obvious but it’s not.
The same problem still happens in games, where the designer decides to suddenly take player control just because he wants to show him something he considers more important, often sacrificing immersion and leading to frustration. If we need to suddenly change the player focus, we should do so in a natural way that doesn’t break the experience. (Valve is great at this)

It’s easy to forget that a toddler doesn’t know words like “Happiness”, “Sadness”, “Joy” or “Frustration” and verbalizing her emotions, saying stuff like “Luna is sad because her friend left, that’s ok.” or “Luna, you are laughing, and seem very happy.” makes it easier for our daughter to understand what she is feeling and allowing her to build more complex thoughts about what she is going through and control the situation.
The same principle applies to games. As a designer, I should understand what emotions the game is allowing the player to go through, and allow them to verbalize them using the game’s vocabulary.

We wanted to let our daughter choose what toys to play with so we spread them out in the corners of the room. What ended up happening is that she would not focus on anything, always jumping from one toy to the next, and to our frustration often disregarding some toys that we were sure she would love.
There was just too much information and she didn’t know how to deal with it so we decided to change the way we present the objects in the room.
Some still in her line of sight but out of reach, so she knows they are there, but needs to ask for our help to pick them up. Others grouped inside boxes, so she knows there is an extra step of taking them out before playing. These small changes made her feel less overwhelmed and able to focus on one set of toys at a time while still having the freedom of choice.
Variations of this happen a lot in Twelve Minutes, since the whole game is in a small space and I need to prevent the information overload. Like a friend developer said about the game experience; “I always feel I’m in control of 90% of what is happening”. Each loop, I try to organically expand that set of knowledge in a way that is interesting but without becoming too limiting.