As I mentioned in my last post, I finally managed to have a working mobile phone in the game. This was a planned feature since the start and I use it for a few puzzles.
As everything else, the phone is a simplified version of reality. You can read text messages and dial any number you want. 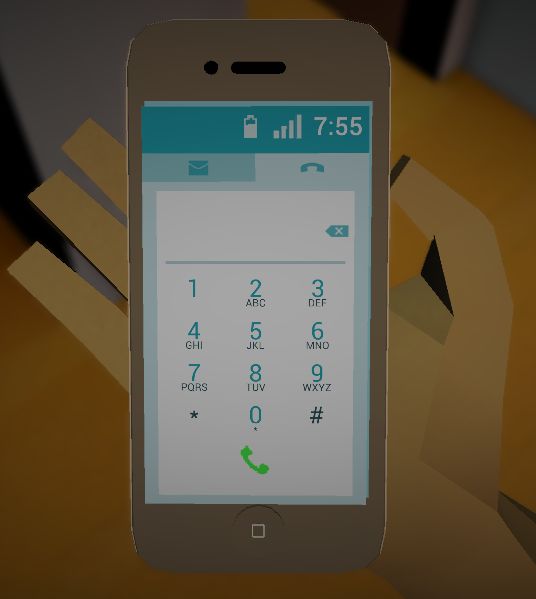 I already had a phone object in the game but you could only use it once you knew who you were supposed to call.
This worked well and people understood when to use it, so I assumed that adding the final version would be trivial. I would just need to create a clear UI and proper navigation controls.
I couldn’t be more wrong… 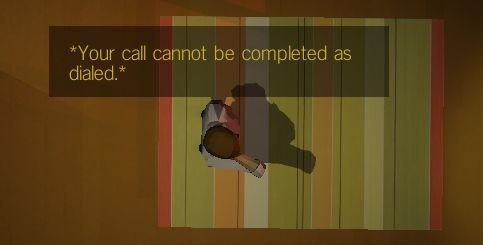 Just being able to read text messages brings a whole new layer of detail to the world. Why is a certain message unread? At what time was it sent?

For this game to work all characters need to react to what happens around them and adding the phone raised a lot of questions than I was unable to predict until it was implemented.
And this is one of the reasons why games take so long to do (and why they are so much fun to play and work on!).
What you assume will work a certain way ends up being a lot different, more rich, more complex and sometimes it just contradicts everything else.
And how can you pass on such opportunities if they will make your game better?

As a 3D artist, the more experience you have, the better you are at estimating how long an art asset will take to implement. But with game design…it just doesn’t work that way.
No matter how much I guess or extrapolate, I’m always surprised by what I learn once I can finally interact with it. This is one of the reasons why I find games so fascinating and why they are so scary to produce.
You have to be in control but also let it go and follow whatever your game is trying to tell you. This kind of organic workflow cannot be constrained by schedules or deadlines.

I like to believe that once I solve all these design questions, then I’ll be ready to move into actual production, get financing, build a team and have a proper schedule and know when the game will be done…ah, if games were that simple!